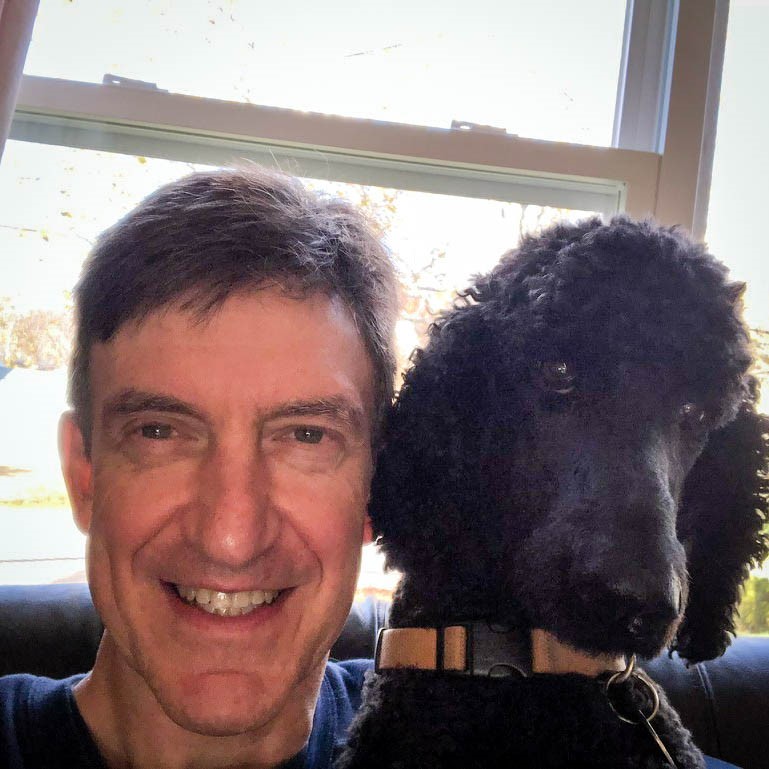 Dr. Bruce Bowker is a veterinarian and the owner of Berwick Animal Hospital. He was born and raised in Winnipeg, Manitoba and moved to Nova Scotia in 1994. Dr. Bowker graduated from the Ontario Veterinary College in Guelph, Ontario in 1989.

In his free time Dr. Bowker enjoys hockey, golf, baseball, football, soccer and sports in general. Dr. Bowker is a volunteer coach with the Acadia Minor Sledge Hockey Program and he also volunteers at and sponsors the Fallen Heroes Baseball Tournament.

Dr. Bowker lives in Coldbrook with his wife Tammy, son Colin, dog Penny and cat Belfour. He hopes some day his three older kids, who are currently away at school, will return to live and work in the Annapolis Valley- home. He also hopes that the Leafs win the Stanley Cup. 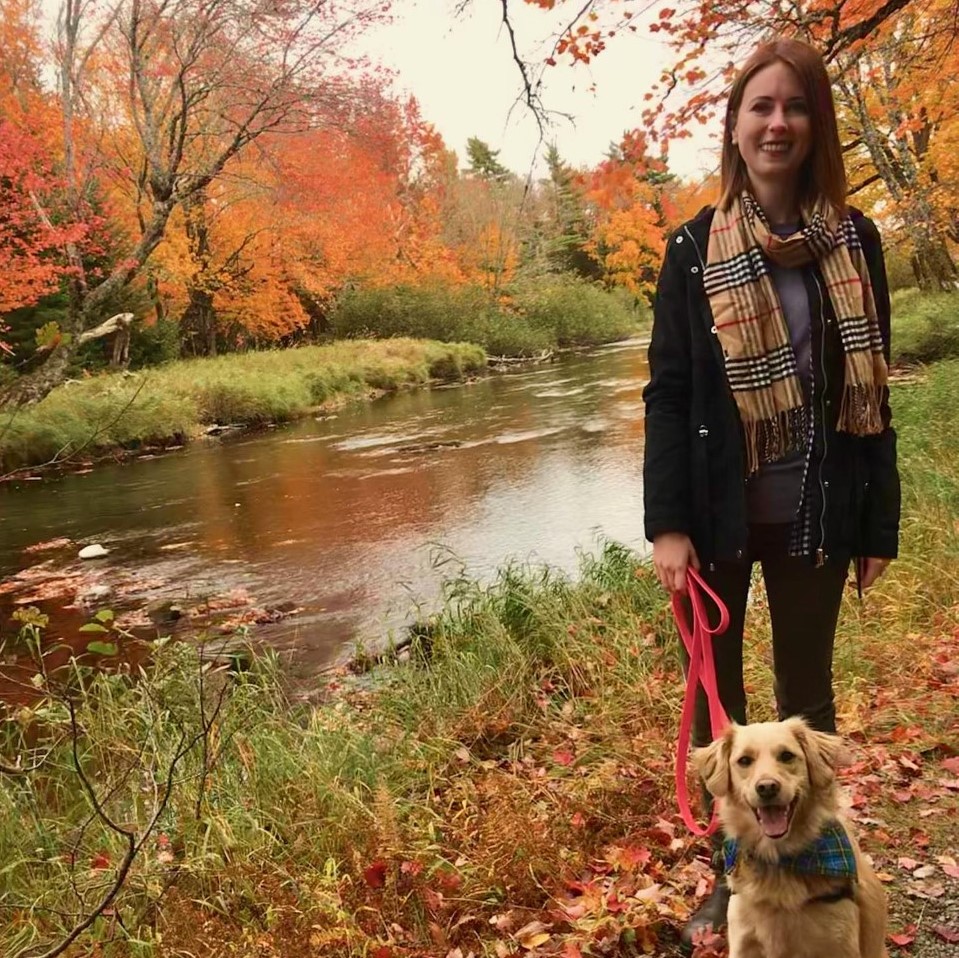 Dr. Sherri Smith grew up in the Annapolis Valley . She received her Doctorate of Veterinary Medicine in 2016 from the Atlantic Veterinary College on PEI. After spending time working in Wolfville and Ottawa, Dr. Smith is excited to now be part of the Berwick team! Outside of the clinic, Dr. Smith can be found spending time with her husband Matt, their dog Ida, and their cat Walter. 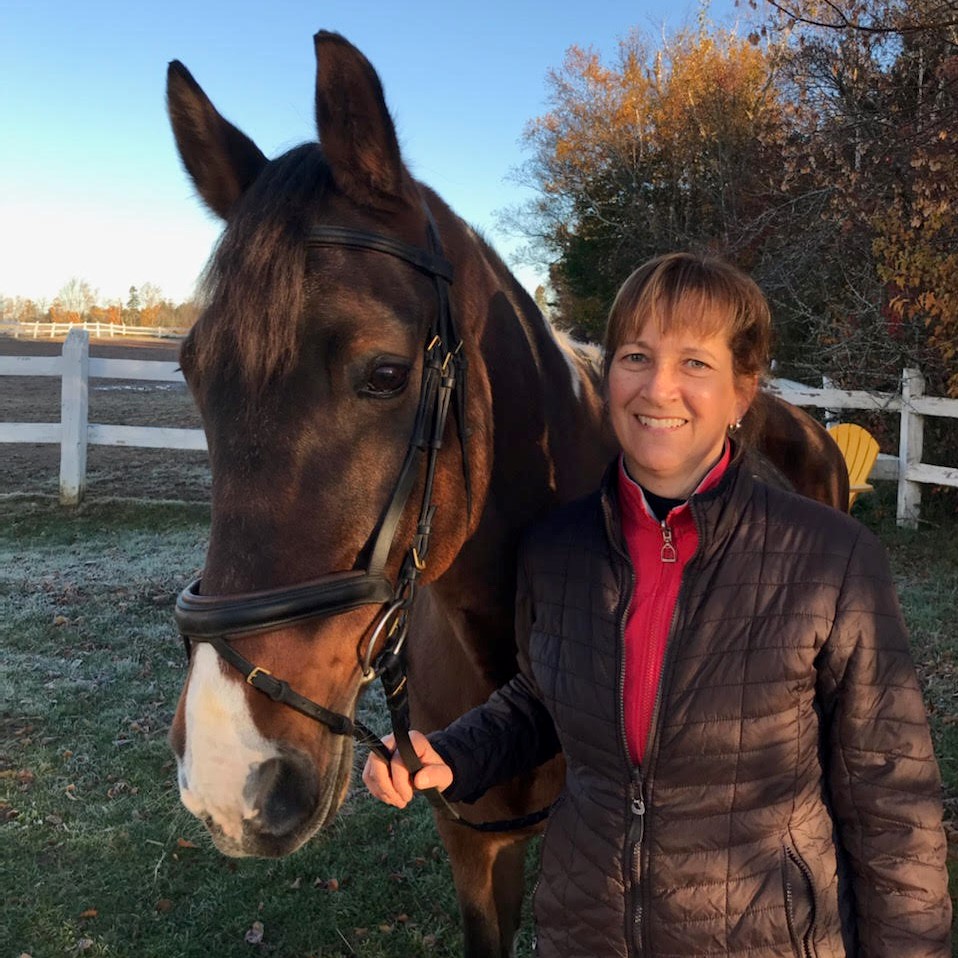 Dr. Verdun graduated from the Ontario Veterinary College in Guelph , ON in 1988. She has worked as a locum veterinarian at Berwick Animal Hospital for approximately 15 years.

Dr. Verdun and her husband, a local large animal veterinarian, are “empty nesters” with two sons in university. They live with their dog, Winnie and horse, Jackson, a 20 year old draft cross who Dr. Verdun enjoys riding. Dr. Mary Claire Sanderson grew up in Saint John, New Brunswick, and moved to Nova Scotia to work at the Berwick Animal Hospital in 2016.

Dr. Sanderson now lives in the Annapolis Valley with her partner, Ian and their dog, Fern.

Dr. Trisha Clarke was born and raised in Woodville, Nova Scotia. She grew up on a farm and has always had a love of animals.

Dr. Clarke attended the NSAC (now known as DAL agriculture) to receive her Bachelor of Science. She then went on to get her Doctorate of Veterinary Medicine from the Atlantic Veterinary College. She started working at the Berwick Animal Hospital in 2010.

Dr. Clarke lives in Nicholsville with her husband, 3 children, 2 cats and 1 dog. 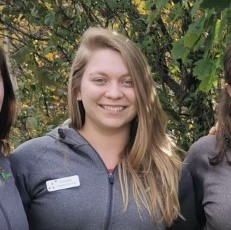 Lauren was born and raised in Coldbrook, Nova Scotia. Lauren has always loved animals and caring for them. She has also had an interest in science and pathophysiology.

Lauren graduated from NSAC (now DAL Agriculture), in 2013 as a Registered Veterinary Technician. Lauren moved to New Brunswick after graduation to work as an equine (mostly race horses) and small animal technician. In 2017, she moved back to the Nova Scotia to work at the Berwick Animal Hospital.

Lauren lives in Coldbrook with her husband, Nick, their two dogs, Rico and Dakota and cat, Grayson. 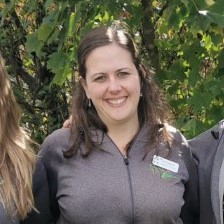 Jacqueline was raised in Antigonish, NS and moved to the Annapolis Valley in 2007. Jacqueline started as a Registered Veterinary Technician at Berwick Animal Hospital in 2016, after working at another animal hospital since 2007, bearing the same title. Jacqueline grew up with a passion for animals which lead her to take the Animal Health Technology program at the NSAC (now known as DAL Agriculture) in 2004.

Jacqueline is called often to look at slides under the microscope. It is her favorite thing to do while at work. Cells are especially interesting to her! Jacqueline is also a project leader for the Harmony-Nicholsville 4-H club.

Jacqueline lives in Aylesford, NS with her husband, Matt, two kids, Josie and Olive, two dogs Thor and Leia, two horses, Casey and Jasper and many barn kitties. Jacqueline’s dream is to someday own miniature horses and a cart to deliver baked goods to her neighbours! 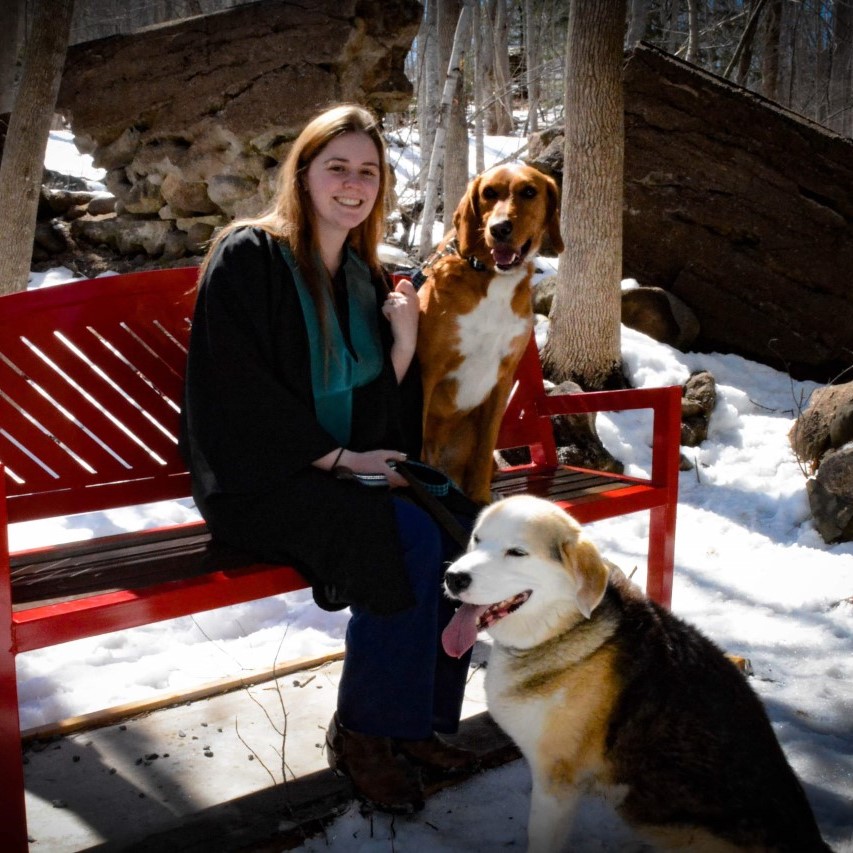 Victoria started at the Berwick Animal Hospital in 2018 as a Registered Veterinary Technician to cover a maternity leave. They loved her so much, they had to keep her! Victoria grew up in Liconshire, UK and moved to Nova Scotia in 2009.

When Victoria was 12 years old, she saw her family dog get hit by a car. After bringing him to the animal hospital and watching the veterinarians and the veterinary technicians work to save his life, she decided that when she grew up, she wanted to work with animals as well. Victoria started at Oulton College in the Veterinary Technician program in 2016. While in college, she also worked at Oakes Veterinary referral center where she gained heaps of experience.

While at work, Victoria loves to make vet wrap art for the animals who need bandages. It puts a nice touch on an often unfavorable event.

Victoria now lives in Hall Harbour with her two dogs, Ruxpin and Dozer and two cats, Maggie and Denahi. Victoria says all her co-workers are incredible to work with. 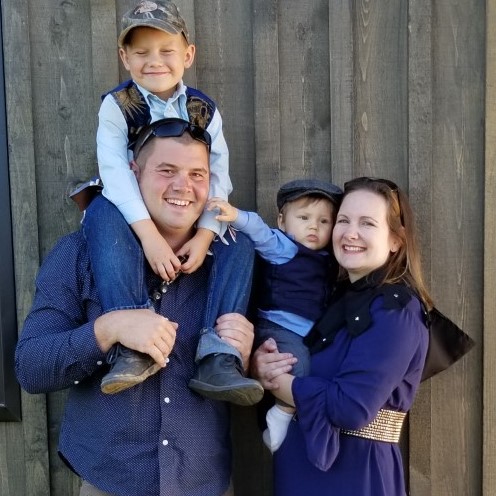 Jessica grew up in Centreville, NS with a natural love for animals, especially horses. She grew up working at chicken barns and horse barns and now works as a Registered Veterinary Technician. She graduated from the NSAC (now known as DAL Agriculture) Veterinary Technician program in 2008. She started with the Berwick Animal Hospital after graduation.

Jessica candidly lives with Cystic Fibrosis. She was diagnosed with this rare disease at a very young age and with the help of her parents, it did not dominate her lifestyle. She enjoys horseback riding, crafts, painting, card making and camping.

Jessica lives in the Annapolis Valley with her husband Justin, two sons, Cohen and Hunter, dog Angus, cat Junebug and leased horse Pedro. She wishes to be Jacqueline’s neighbour someday. 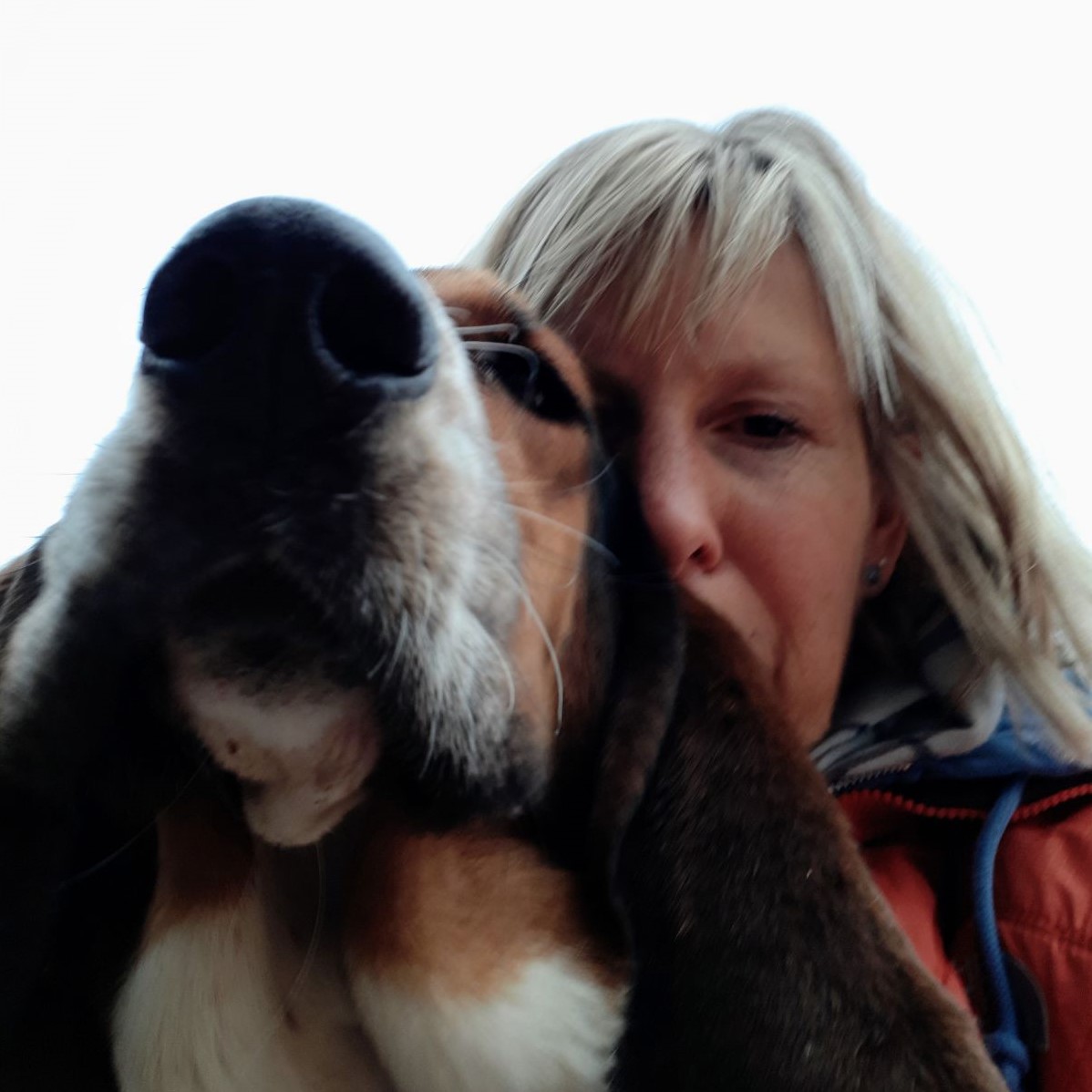 Tonia was born and raised in the Annapolis Valley. She loves animals! Tonia started working at Berwick Animal Hospital in 2017. Tonia went back to school at DAL Agriculture and graduated from the Veterinary Technology program in 2019. She says she enjoys working with a fun and caring staff!

Tonia has a special interest in cat rescue. She previously had volunteered with the SPCA, CAPS and now is dedicated to Safe Haven Animal Rescue. Tonia finds it very rewarding when an animal makes a full recovery with veterinary care. She hopes to someday travel abroad to help with spay and neuter clinics! 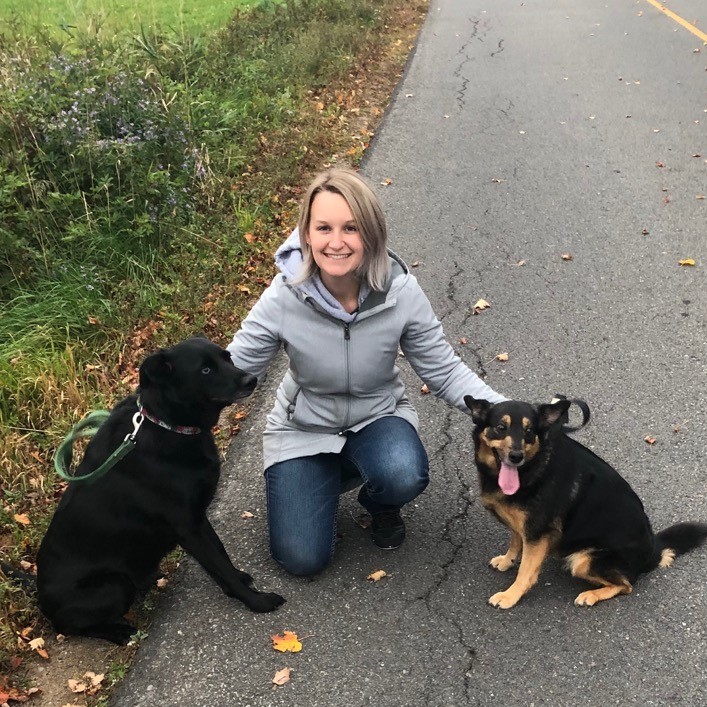 Kayla was born and raised in North River, Nova Scotia. She has always had an interest in the field of medicine, and working with animals allows her to learn about the multiple species in veterinary medicine. Kayla took a Veterinary Assistant Program in 2015.

Kayla had the opportunity to visit the Royal Canin Veterinary Medical Diet plant in Guelph in 2016. She loves to learn as much as she can about her furry and spikey friends! She absolutely loves exotic animals, especially owls. Kayla has an interest in feline and canine behaviour enrichment. She also has a passion for health and fitness.

Kayla’s favorite thing about working at the Berwick Animal Hospital is the sense of community. The employees are like a big family. They can work well together in a busy environment, while providing care for your four legged family members! 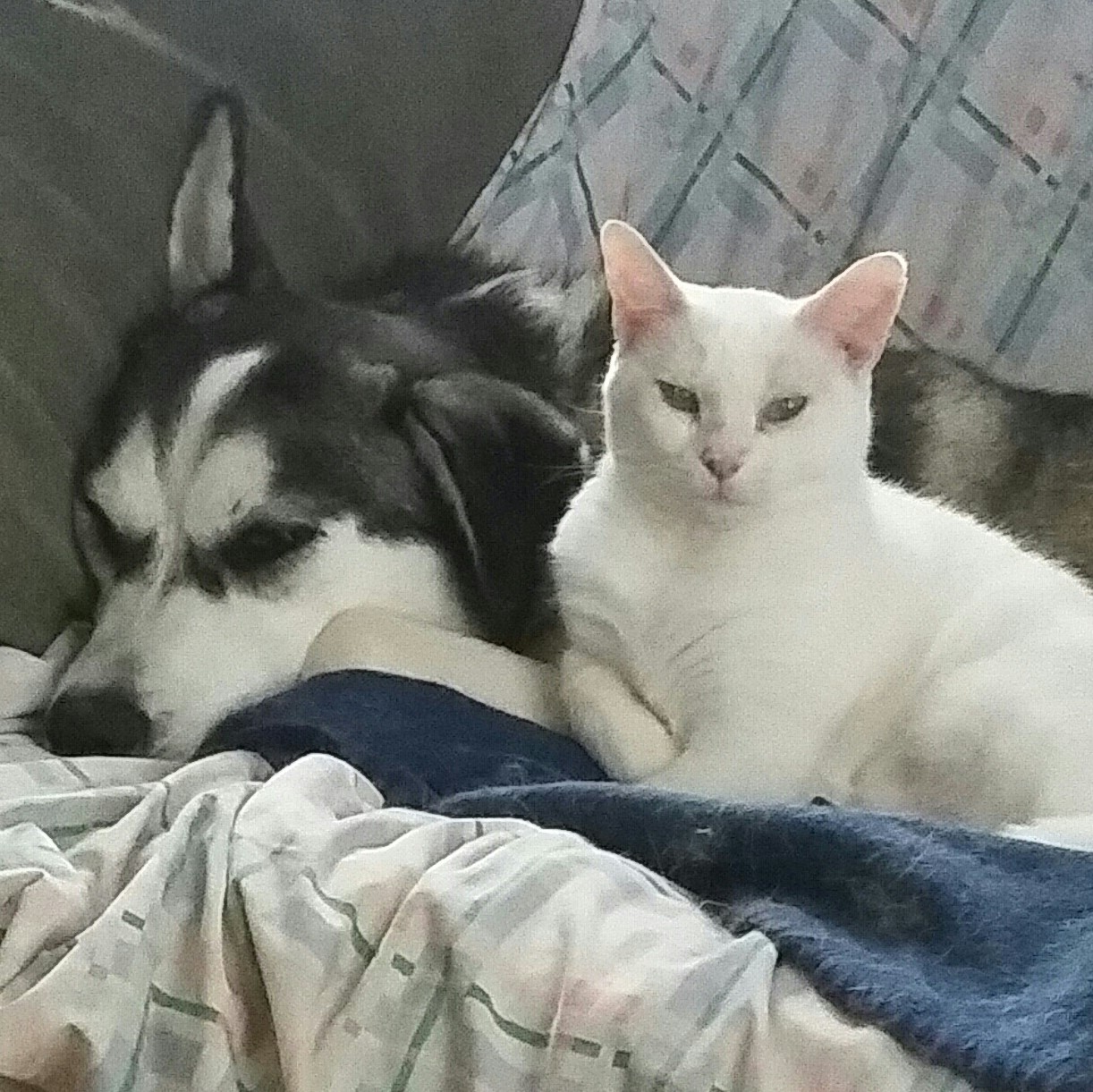 Kerry joined the team at the Berwick Animal Hospital in 2007 as a veterinary assistant.

She started working Saturdays, and is now a full-time member of the team. Kerry attended Lawrence College in Ontario in 1999, graduating as a Veterinary assistant. She later received her Bachelor of Science from Acadia University in 2005, majoring in Environmental Science. 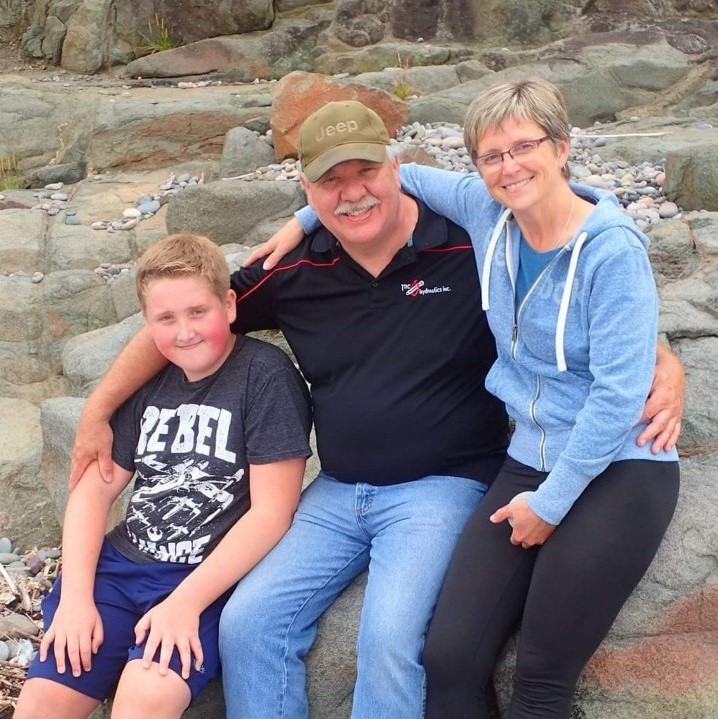 Tammy, one of Berwick Animal Hospital’s veteran employees, has always had a love of animals. She graduated from the NSCC Kingstec Campus for banking, finance and accounting. She started working at Cornwallis Veterinarians shortly after. She has also worked at the Annapolis Animal Hospital.

Tammy is involved with her community’s 4H team. She also enjoys volunteering in the community, especially with local cat rescue groups. 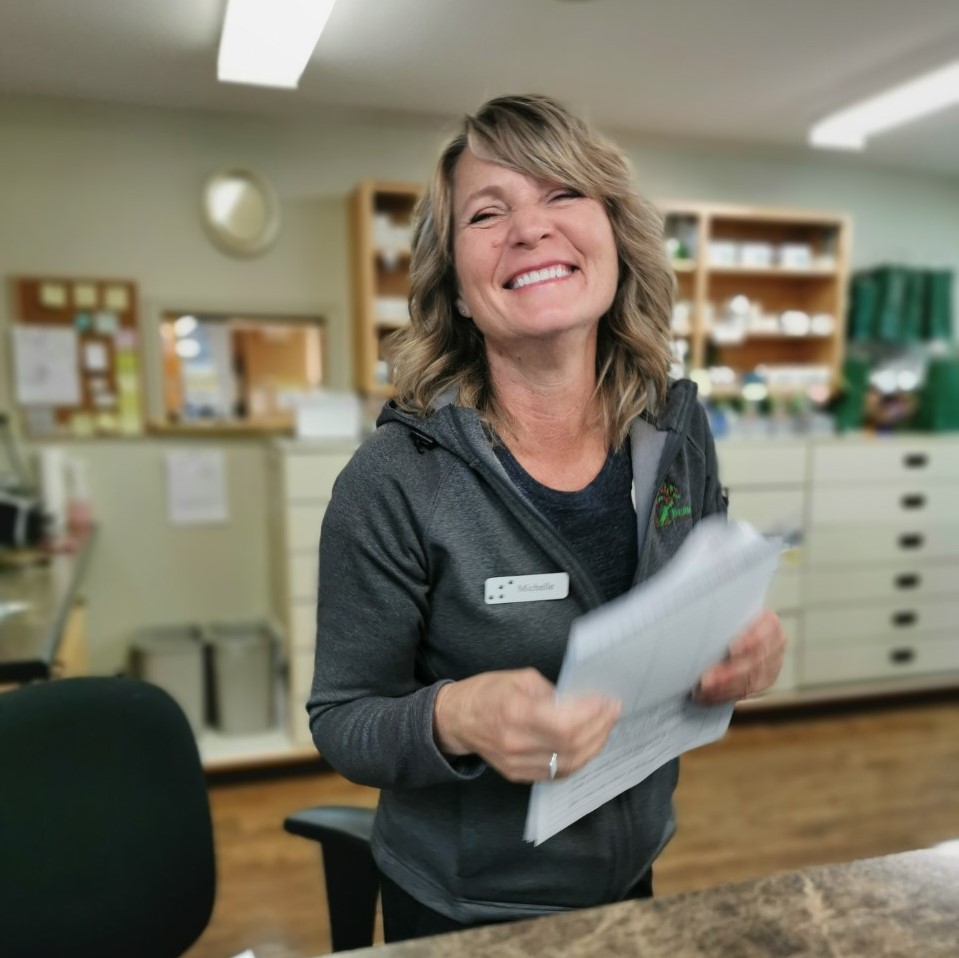 Michelle was born in New Brunswick and moved to the Annapolis Valley at a very young age. She is one of the first faces you will see when visiting the Berwick Animal Hospital. Michelle previously worked for Cornwallis Veterinarians when they owned the business. In 2008, after her children had grown up, she started working for Berwick Animal Hospital.

Michelle has always had a love of animals, especially horses. She also enjoys time at her lake house. Michelle says she enjoys working with a compassionate staff who prioritize animal welfare.

Michelle lives in Grafton, NS with her four cats, 3 horses (co-owned with daughter, Chloe) and has a new puppy, Twix, coming soon! 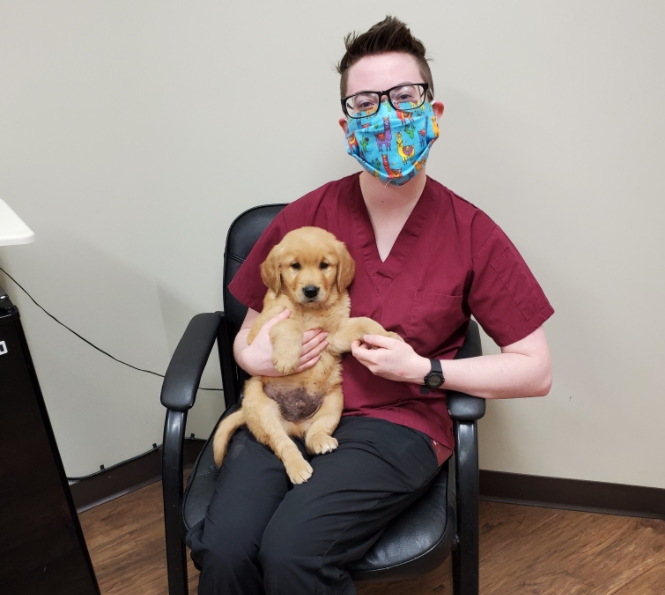 Sarah in one of our newest RVTs! Sarah was born in Edmonton and moved to Nova Scotia as a child in 2001.

Sarah became interested in animal training and behaviour which eventually introduced her to veterinary medicine. Sarah started working with animals in 2018 as a groomer at PetSmart. Sarah completed her Veterinary Technology diploma at DAL Agriculture in 2020 and came to work at the Berwick Animal Hospital after graduation.

Sarah’s professional interests include ultrasound and diagnostic imaging as well as cytology. Sarah also enjoys archery and painting. Sarah lives in the area with her cat, Suicune. 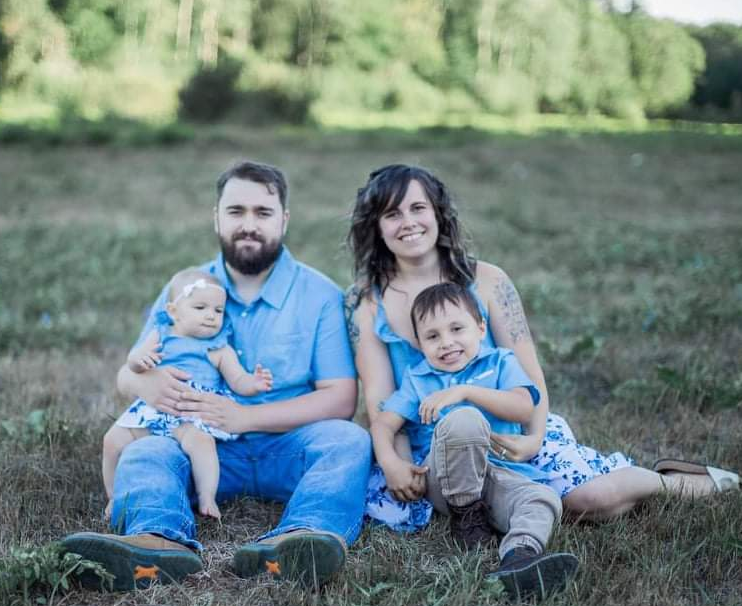 Karley started with Berwick Animal Hospital early in 2021 as a receptionist. Karley is a former Master Hairstylist who actually started out in school taking Agricultural drafting. After quickly realizing it wasn’t for her, she took the hairstyling program at The Hair Design Centre in 2011.

Karley was born in Digby and moved throughout the Atlantic provinces before settling in Berwick, NS as an adult. Karley has always been an animal lover. She grew up with cats, dogs, and budgie birds her whole life. Her first family dog was a golden retriever named Emma. Karley now co-owns a hungarian puli pup, Birdlebee, with her parents.

Karley is a runner participating in the Sparky Run, Bell, Let’s Talk Run and The Valley Harvest Marathon. Karley volunteers for the Fetch a Dog rescue and is involved with Free Spirit Therapeutic Riding Association with her son, Brooks. Brooks was diagnosed with autism in 2018 and they have been participating in seminars, behaviour programs, and in home sessions over the past 3 years. Karley is also learning American Sign Language as a way to help Brooks communicate more effectively.

Karley’s hobbies include painting on canvas, diamond painting, and board games (Especially Friends or Harry Potter themed!) Karley lives in Berwick with her partner Ryan, son, Brooks, daughter, Maisilyn, cats, Pepper and Rogue and Bunny, Willow. Karley and her family hope to foster cats someday and are excited to welcome their new red heeler puppy into their home in spring 2022. Karley says how grateful she is to the Berwick Animal Hospital staff for how welcoming they have been, making her feel like family!